Alaqua Cox is an American actress known for her performance in TV series such as Hawkeye, Echo, etc. She has made her position in the entertainment industry despite her disability as she is deaf and an amputee with a prosthetic leg.

Alaqua is currently in a relationship with her longtime mysterious boyfriend, and they are already engaged. She was raised by her parents, Bill Cox and Elena Heath, along with her siblings in Menominee Reservation, Wisconsin, United States. Her siblings' names are Jordy Cox and Katie Cox.

Where is Alaqua Cox From?

Alaqua Cox is from Menominee Reservation, Wisconsin, the United States, born on June 2, 1997. However, she recently resides in Los Angeles, California, United States, and is native American by nationality. As per her date of birth, her birth sign is Gemini, and her current age is 24 years. She has not disclosed her religion and ethnicity, so it is unknown about religion and ethnicity.

Yes, Alaqua Cox has been deaf since she was born as the daughter of Bill Cox and Elena Heath. She spent her childhood with her two siblings in Menominee Reservation, Wisconsin, United States. One of them is her sister named Katie Cox, while the other is her brother named Jordy Cox. Moreover, she is not only deaf, but she is also an amputee with a prosthetic leg, the source stated.

What are her educational qualifications?

If we talk about Alaqua Cox, she has studied at the Wisconsin School for the Deaf, where she completed her schooling education. Moreover, she is a player of volleyball as she played from 2014 to 2015 on the girl's basketball team.

How did Alaqua begin her career in acting?

Alaqua started her career in the entertainment industry in 2021. Even though she is deaf, she made her position in the entertainment industry. Her debut in the acting career was from the Disney+'s Marvel series Hawkeye in which she played the role of badass woman as Maya Lopez. After that, she appeared in Hollywood Insider, and currently, she is busy in the Echo, which will be released in 2022. Moreover, she is a talented archer. 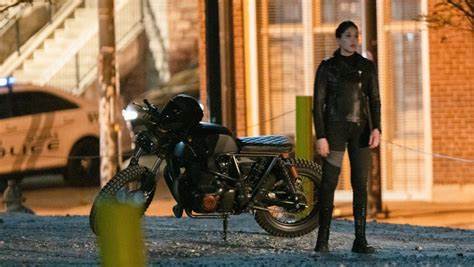 The beautiful Alaqua is in a relationship with her boyfriend turned fiance. However, she has not disclosed her fiance's information. However, their relationship has been known through social media, i.e., Instagram, as she shared their photos on Instagram. Alaqua and her mysterious fiance have been together for more than three years.

Furthermore, they engaged privately, due to which it is still unknown about their engagement ceremony details. In addition, this actress has not been in other relationships with anybody before. Moreover, Alaqua has not married yet. Also, she has not given birth to any child.

What is her net worth?

The 24-years-old Alaqua has an estimated net worth of around $500-$600 thousand. She earns her income from her professional career as an actress as she has appeared in several TV series such as Hawkeye, Echo, etc. She is currently living a happy life with her net worth. 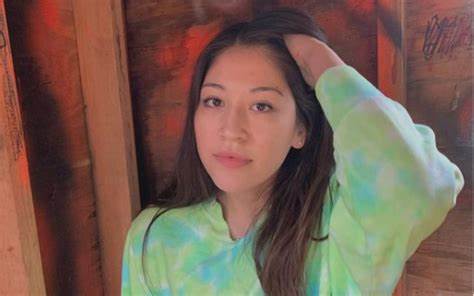 What are her physical statistics?

Alaqua is an attractive, slim, and beautiful actress. She is tall and height of 5 feet 8 inches with a weight of 60 kg. Regarding her body measurements, she has a chest size of 35 inches, a waist size of 25 inches, and a hip size of 35 inches. Likewise, her shoe size is 8. In addition, she has dark brown eyes and dark brown hair, which makes her look gorgeous.