Apryl Jones is a famed musician and TV sensation known for her incredible voice and excellent acting skills. She is also a businesswoman. Jones came into the limelight after a famous reality TV show, Love & Hip Hop: Hollywood. She has also made several appearances in reality TV shows like Bruch with Tiffany, The Real, etc.

Dynamic and Dazzling singer-songwriter Jones is also known for her relationship and affairs story. She also has kids too. In the following lines, we will disclose some fascinating facts and features related to her life.

How old is Apryl Jones?

Apryl Jones celebrates her birthday on 15 December 1986 in Chicago, Illinois, United States of America. Jones's age is 35 years old as of now. Talking about her parents, She is the proud daughter of Mei Hsiang Jones, while her father's name and whereabouts are unknown at the moment.

But as per sources, her pop was a businessman, Her nationality is American, and she had a mixed ethnicity background.  Apart from this, Apryl Jones started her primary education at the local school in her hometown. Jones got her degree in Radiation Science.

How did Apryl begin her Professional Career?

Apryl Jones began her professional career in the medical field at the Northwestern Memorial Hospital in Chicago. She has given her singing auditions on platforms such as Making the Band and American Idol. 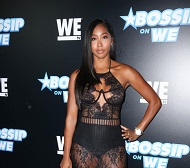 After Apryl joined the girl band Cellareign, she has given many single songs like Threes Company, Feels, Let Me, Love, and Should Known Betta. Laterappearedaring in projects like For the Love of Jason and Casting the Net. also the owner of the financial institution known as Good Credit Society.

What is Apryl jones relationship status?

Apryl Jones has seen her fair share of her love up and downs. She has been romantically linked with many famed celebrities. From the sources, we learned Jones once had a relationship with his former boyfriend, the famed rapper Omarion in 2013. 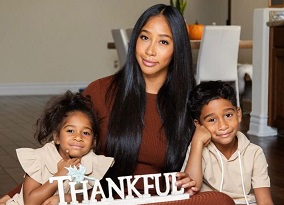 She has two kids with Omarion. Their son, Megaa Omari Grandberry, was born on 7 August 2014, and Amei Kazuko Grandberry was born on 7 March 2016. Furthermore, they have two years age gap. As per the source, the ex-duo got separated after the four-month birth of their lovely daughter.

Later Apryl went to date rapper Lil Fizz. They began dating from 2018 to 2021. She has also been romantically linked with people such as Wiz Khalifa, Dr Dre, Game, Kevin Durant, and so on. As of February 2022, she disclosed through social media that she was dating actor Taye Diggs.

What is Apryl jones Net Worth Figure?

As of mid-November 2022, Love & Hip Hop: Hollywood famed Apryl Jones made a net worth of $ 5 million. She can get a great deal of income from her successful musical career. Her yearly income cannot be found as of now. But we assume that Jonesenjoys a great lifestyle with her massive and ever-increasing earnings. Her real assets and investment are still a mystery.

How tall is Apryl jones?

The lovely Apryl Jones height is recorded at 5 feet 7 inches (170 cm), and her body weight is measured at 58 kg (128 lbs). Whole complete body measurement looks 26-23-37 inches which go well with her persona. She also has hazel brown colored eyes and dark brown colored hair. She also wears a 6 US shoe size and has an ear piercing.

What are Apryl social media accounts?