Many people are familiar with the name DJ Duffey because she was a Basketball Wives cast member. The reality star is always energetic and is famous for twerking during French's set at Coachella in the past. She is a photographer, an influencer, and a feminist. Many of her fans look up to her.

To begin with, Lotosha Duffey is a DJ. Her real name is Lotosha Duffey outside the entertainment industry. She is a hot mess who used to play basketball before spinning the discs and being the most incredible DJ. This famous DJ has a tremendous fan following, and her followers adore her for what she does. Continue reading to learn more about this hot DJ.

How old is DJ Duffey?

In Texas, United States, DJ Duffey was born and raised. She celebrates her birthday on August 25 each year. DJ was born in 1988 and is 35 years old as of 2022.  Her mother played collegiate basketball while her father was in the military. Duffey's younger brother played quarterback for Texas Tech, while his older brother played college football. She became interested in sports because her entire family was into sports. She started playing basketball then.

How did DJ Duffey start her Career?

DJ Duffey began working for Enterprise Rent-A-Car, and her account balance was extremely low. She had to go through problems related to finance after she had gone through a divorce. After the divorce, she and her son traveled to Dallas, where she eventually got in touch with a renowned DJ there, DJ ASAP, and launched a successful career. Dj Duffey is the official DJ for French Montana, and this has to be her most significant achievement of that time.

Who Is DJ Duffey ex Husband?

At a relatively young age, she married NFL player Brian Jackson when she was just 21 years old. They had no plans to have kids, yet they had a son together and were still divorced. "My son's daddy left me and took away all my money and my car," she claimed in an interview. This DJ struggled a lot after the divorce, having no money and caring for his son all by herself. She nevertheless picked herself up and started a career.

She briefly dated the well-known rapper Drake after splitting up with her ex-husband. Following that failed relationship, she began dating Iman Shokuohizadeh, with whom she later got engaged in 2016 and is still together. Iman, DJ’s fiance, is an NBA basketball player, so fans look at them as a power couple. They look perfect together, and fans even love her boyfriend very much. 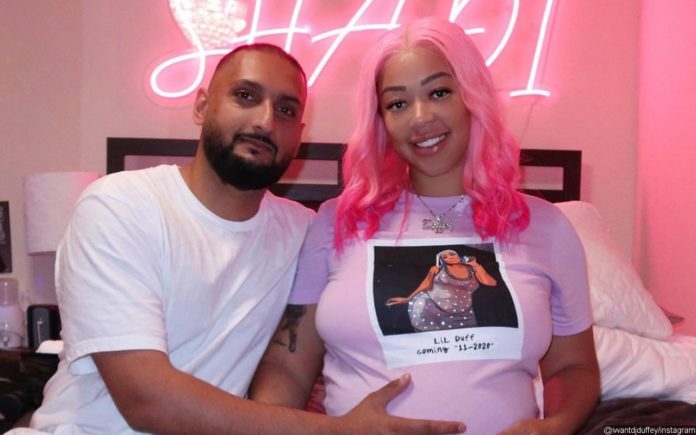 Is Duffey active on Social Media?

Duffen is quite active on social media and constantly posts about her life. She frequently uses social media platforms like Twitter, Instagram, and Facebook. She has over 1.2 million Instagram(IG) followers, a verified account, and more than 23.7k Twitter followers. On Facebook, she also has a considerable fan base. Additionally, she highlights small experiences from her life and updates more frequently on these platforms.

What is DJ Duffey Net Worth?

Various online sites estimate J Duffey's net worth to be about $1 million. She also proudly owns a Volkswagen with an annual cost of 26,415 dollars. Duffey's Instagram account had more than 1.2 million followers as of May 2022. Her account allows her to charge $5000 for each post. She experienced a lot of financial trouble but is finally leading a pretty extravagant life.

What is DJ Duffey Height?

DJ Duffen looks thick and healthy weight and is about average height. She is 5 feet and 8 inches tall, and her body looks very fine. She weighs 55 kg and has dark brown eyes and black hair. Also, her skin tone is dark. Moreover, she has a large fanbase for the body.