Everyone was shocked after the news of her death was floating over the internet. Dorothy Stratten was murdered by her husband Paul when they were working on formalities on their divorce.

Dorothy was a model and actress who started to gain popularity before her death but sadly, at the peak of her success, she was murdered by her husband, Paul. Let's try to get detailed information about her murder and the reason behind her murder.

Where was Dorothy Stratten born?

Dorothy Stratten was born in 1960 February in Vancouver, Canada. Her parent's name is Nelly Hoogstraten and Simon. Her parents have emigrated from the Netherland. She grows up along with her sister, Louise, and a brother John Arthur. Her nationality is Canadian, with the birth sign of Pisces.

Dorothy Stratten was enrolled at Centennial High School for her education. In her high school days, she used to work at Dairy Queen part-time so that she could earn some amount for herself. 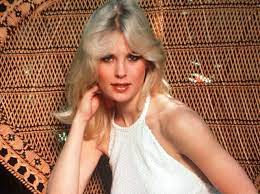 How did Dorothy start her professional career?

Before entering into the acting world, she used to work as a bunny in Playboy Club. In 1979, Dorothy Stratten was awarded Playboys Miss August. In 1980, she was awarded the title Playmate of the Year. In 1979, Dorothy Stratten made her debut on screen with the role in the comedy film Americathon. In the same year, she played the role of Mickey in the drama show Fantasy Island. In 1981, we can find her in the role of Dolores Martin in the romantic film They All Laughed. Later on, after working for sometimes, she decided to pursue her career in acting.

Who was Dorothy Stratten husband?

In 1979, Dorothy Stratten started her wedding life with Paul Snider. She met Paul for the first time when she was in high school, and she used to work at Dairy Queen. Later on, there was news that she was developing a relationship with Peter Bogdanovich. Paul started to act violently on her, and she tried to move away from him. In 1980, there was news over the internet that she was in a relationship with Peter Bogdanovich. 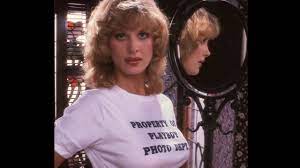 After working together, they decided to go on vacation, and Stratten planned to get a divorce with Paul after returning from vacation. When they met each other for divorce formalities in Paul's house on August 14, 1980, he turned violent and shot her with a gun before shooting himself. After her death, her boyfriend, Peter Bogdanovich, got married to her sister Louise.

Know More : Madonna is a proud mother of six. Who are her adopted daughters?

What is Dorothy Stratten Net Worth?

Unfortunately, Dorothy Stratten hasn't got much chance to work on movies and TV shows. She started her professional acting career in 1979, and she only got a chance to work on ten films and television shows. She worked in the acting world for three years, and in her short period, she was able to make a net worth of between $1 million to $5 million. Besides being an actress, she is also a model, and with her modeling career, she has made a good amount of money. 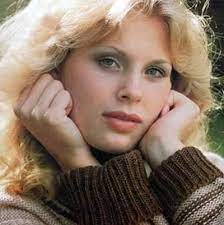 Dorothy Stratten has a tall height of 5 feet 9 inches. As a model, she is very serious regarding her body weight. There is no doubt that she always to tried to keep herself fit and slim. Unfortunately, we don't have other information like hair color, eyes color, and body weight. By following her photos available on the internet, there is no doubt she is beautiful.

Was Dorothy active on social media?