If you have watched German movies and TV shows, you must have gone through some of Emilio Sakraya movies and TV shows. He is one of the popular German actors and had got an award for his acting. Likewise, Emilion began his career in entertainment in 2005, but he received prominence in 2008 after his debut acting role in television shows.

Besides acting, Sakraya is also a popular singer and has launched his music. He has released different singles from 2016, and finally, he came out with his album in 2020. Let's find more information about his journey from commercial to the lead role.

What is Emilio Sakraya age?

Emilio Sakraya was born on 1996, June 29 in Berlin, Germany. His father is from Serbia, and his mother is from Morocco. He used to spend his days in Morocco with his family in his childhood. Furthermore, he hasn't disclosed much about his family background, parents' identity, and siblings. 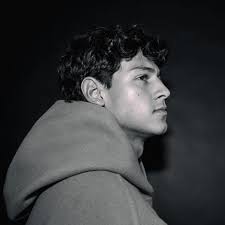 Where did Emilio Sakraya receive his education?

For his education, Emilio was enrolled at Annie Heuser Waldorf School. In his early days, he was interested in Kung fu and Karate. Moreover, Sakraya also started to play drums, guitar, and piano at the age of eleven. Finally, he started to write his songs at 15-16 years.

How did Emilio Sakraya begin his career?

Besides acting, he has also worked as a director in three different music videos. Likewise, Emilio has also released songs like Berlin on the Spree, A Little Alone, Touche, and many more. In addition, he also released his full-flexed album Red sand in 2020. This actor has a long way to go through his acting career and will be more successful with his upcoming projects.

Has Emilio Sakraya won any awards?

In 2019, Emilio Sakraya received a nomination from Gunter Strack TV Award for the title Best Young Actor. In 2022, he became a winner at Berlin International Film Festival. 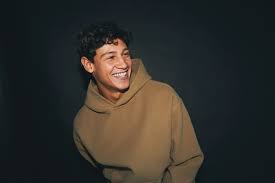 Who is Emilio Sakraya girlfriend?

Currently, the actor is fully focused on his acting career. We haven't found any resource that has mentioned any information about his love life or relationship. He is more focused on his music and acting career. We even visit his social media account in the hope of finding some post where he has mentioned anything about his life partner, but he hasn't shared any such post.

How much is Emilio Sakraya net worth figure?

Emilio Sakraya has a net worth of $2 million from his career. Although his main source of income is from his acting career, he also collects a good amount from his music career. He is a good musician and used to lunch his songs regularly. He has also worked as a lead actor in many movies and TV shows like Sons and Fathers, Cold Feet, and many more. 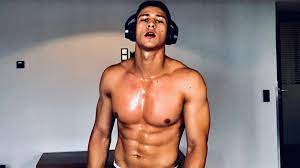 What is Emilio Sakraya height?

Emilio Sakraya is a tall man with a height of 5 feet 12 inches. He has a muscular body with a weight of 65 kg. He has also shared many of his photos with six-packs on his Instagram account. By looking at his muscular photos, it seems he does regular workouts to be fit. Moreover, Sakraya has dark brown eyes with black hair.

We can also find him on TikTok, and he has got 446.8 thousand followers on his TikTok account. Besides, Emilio is interested in traveling and singing. Some of his favorite destinations are Paris and London. In addition, he loves to eat burgers and pasta.