Glynis Barber is an actress from South Africa famous for her role in "Night & Day" and "Point Break." She got married to American actor Michael Brandon in 1989. The actress is the nominee at British Soap Awards in the year 2002.

Know More : What is Glynis Barber Age? Is she still alive?

Her movies and TV shows are Terror, Edge of Sanity, Hammer of the Gods, and many more. In 2018 we can find her in the movie Royal Hearts. She also sells beauty products through her online website.

Know More : Glynis Barber Husband : Who is she married to?

Where was Glynis Barber born?

Glynis Barber was born in Durban, South Africa, on 1955 October 25. Her parent's name is Frederick Werndly Barry van der Riet and Heather Maureen(Robb). She doesn't have any siblings. Unfortunately, her parents had divorced.

After her parent's divorce, she lived with her mother and her step-father. She was very much interested in acting at a small age. Sadly her mother passed when she was seventeen years old. 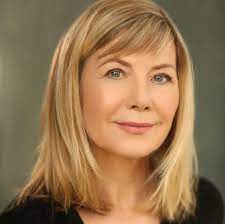 Where did Glynis receive her education?

After her parents agreed to become an actress, she studied drama. She has also done three years dram course at Mountview Theatre School.

How did Glynis Barber start her acting career?

In the year 1978, she played the role of Carol Tucker in the horror movie Terror. In 1983, she appeared in the movie The Wicked Lady in the part of Caroline. In the TV show Bognor, she played the role of Secretary. Besides movies and TV shows, she has also worked on stage plays.
She has acted on the stage play The Graduate in the role of Mrs. Robinson. She has also played a role in the play Love Letters. In 2002, she was a nominee at British Soap Awards for the title Sexiest Female role in Night & Day. 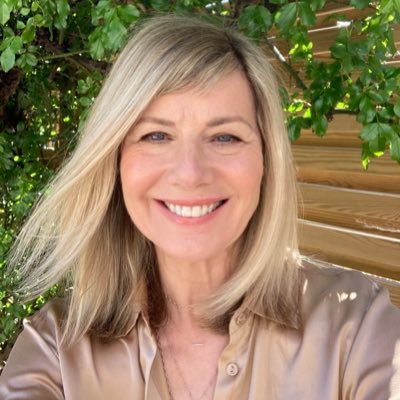 Who is Glynis Barber's husband?

Glynis Barber is a married woman, and her husband is Michael Brandon. She got married to actor Michael in 1989. She also has a son named Alex after her relationship with him. Before she got married to Michael, she was in a relationship with actor Paul Antony-Barber.
Paul and Glynis met for the first time in the drama school. After meeting, they become close and feel love for each other.

In 1976 they got married, but unfortunately, due to some issue, they had their divorce in 1979. Paul and Glynis haven't opened any reason behind their divorce. Previously, she was also in a relationship with actor Steven Pacey.

What is Barber's physical stat?

Glynis Barber has a height of 5 feet 6 inches. She successfully maintains a slim body with a weight of 55kg. She has blonde hair with blue color eyes. Other information like shoe size, dress size, and body measurements are still unknown. Currently, her age is 65 years, but she still looks young and beautiful.

What is the net worth of Glynis Barber?

Glynis Barber has been in the entertainment industry for more than three decades. In 2018 we can find her in the TV show Royal Hearts in the role of Joan. In addition, she was part of many movies and TV shows like Tangiers, Visitors, The Wicked Lady, and many more.

With her long and successful acting journey, she has a net worth of $8 million. Her other source of income is from her online website, where she used to sell beauty products.