Yoga Instructor, social media personality, and former gymnast Juliana Spicoluk is also recognized as the co-founder of a lifestyle company called Boho Beautiful. Because of Juliana's Love for fitness and health, she has been the best in the field. Moreover. Juliana seems interested in dancing and acting.

Spicoluk, an internet sensation, has gained many followers who are very fond of her warm personality. Today, we are going deep into Juliana's personal Life and her inspiring Life experiences in the following paragraphs.

How old is Juliana Spicoluk?

Juliana was born on 16 May 1990, making her 32 years old. The gymnast was born in Siberia, Russia, raised in Ukraine and migrated to Canada at a young age along with her parents and siblings. Further information about her parents and siblings is not available on the Internet. The Actress seems well educated through her warmhearted and cheerful nature. 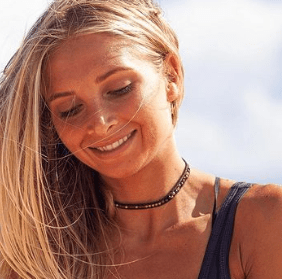 How did Juliana start her career?

Juliana was an Olympics level Rhythmic gymnast from 12 until 17 when she injured her back because of excessive practice. While dealing with the injuries, Spicoluk found comfort in Yoga and pilates. From then on, Juliana loved Yoga and started digging deeper into the spiritual world. Along with her husband, she started uploading videos on Youtube, giving their knowledge about Yoga and spirituality to the public.

And currently, their Youtube Channel, Boho Beautiful Yoga, has accumulated over 2.4 million subscribers. Boho Beautiful Yoga features content related to Yoga, obviously including fitness, workout, meditations, etc. She has also worked as an Actress in movies like Dancing Ninja, Percy Jackson and The Olympians: the lightning thief, and Sucker Punch. Gifted and Hardworking Juliana Spicoluk has a great career as she does what she loves.

Juliana Spicoluk is happily married to Mark Spicoluk. The couple tied the wedding knot in 2016. They just celebrated their sixth anniversary on 24 May. The pair looks adorable together. They are blessed with a beautiful little boy Xavian Lionheart Spicoluk on 13 January 2021. The family lives in San Jose, Costa Rica, enjoying their space and freedom in their home. 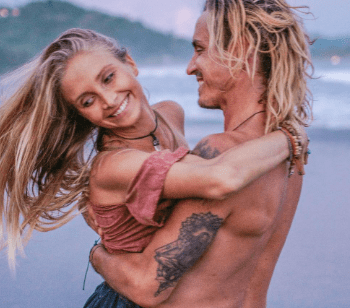 Juliana's husband, Mark, is a Canadian musician best known for his work as a vocalist and bassist in the band Closet Monster. Currently, Mark is working with Juliana on their Lifestyle brand/YouTube channel Boho Beautiful.

How much is Juliana Spicoluk Net worth?

Juliana Spicoluk has accumulated a total net worth of around $1.1 million. Her successful work in Boho Beautiful has given her a handsome amount of money. Boho Beautiful has been a success because of the couple's hard work and quality content. They help needy people as well as animals through charity. This yoga instructor does every possible thing to help people and animals. She is grateful for whatever she has and tries her best to be a kind human being.

What is the rumor regarding Juliana Spicoluk Plastic Surgery?

Juliana stands 5 feet 5 inches (1.65m) tall and weighs around 52kg. She has maintained her body through Yoga, pilates, a proper vegan diet, and many more. Along with maintaining a good healthy body, the Youtuber is equally concerned about her mental health. Meditation and spirituality seem to help her with her mental health. 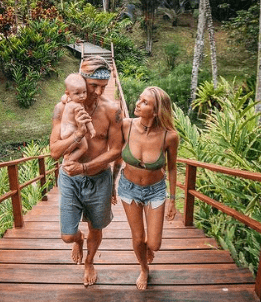 Juliana believes aging to be beautiful and doesn't get involved with plastic surgery and botox. She has a tattoo on her arms. Spicoluk has expressive brown eyes, blonde hair and an angelic smile. Overall, Juliana's energy connects with you filling your body with power and strength.

Is Juliana active on Social media?

Juliana Spicoluk connects with her fans and followers through Boho Beautiful Life's Instagram account. They have over 420K followers on Instagram. The couple shares their daily Life endeavors, experience and learnings on the account. They once took a stand against Vaccine Mandatory through Social Media. Altogether, it's refreshing to go through Boho Beautiful Life's Instagram page. It's even better seeing Mark, Xavian and Juliana together.