Kyle Bornheimer is an American television series and film actor as well a comedian who is known for his brilliant role in the series Brooklyn Nine-Nine, Will Grace, and Modern Family. In 2000, Kyle Bornheimer entered the film industry with the film The Amazing Atomic Monster.

Kyle Bornheimer was born on 1974, September 10, in Mishawaka, Indiana, The United States. Kyle parent’s name is Timothy Bornheimer and Melissa Bornheimer. Kyle also has one brother whose name is Ryan Bornheimer who is working as a producer in the film industry.

Kyle studied at St. Monica Grade School but later on, he moved to Marian High School. He also used to play football at Marian High School. He graduated from Marian High School in 1994. At the age of 19, Kyle moved to Los Angeles so that he can study as a writer and director. Kyle graduate from Purdue University which is one of the most elite colleges in the world. After completing his education he decided to take the acting class when he was 24 years old. He learned acting from the coach and author Ivana Chubbuck.

Kyle Bornheimer started his career at The Curtainbox Theater Company. He started his career in modeling in different commercial brands like Geico, Staples. Coors Light, and many more. Kyle landed into acting in 2004 in Spokane. Kyle started his appearance in the TV series Monk, Devils and Dreaming, An Alright Start, Breaking Bad, and many more. Breaking bad is a television series that tells the story of Walter White who is a high school teacher and suffering from lung cancer. Breaking bad first session got a positive response from the audience.

In 2016, he played the main role in Angel from Hell. In 2020 he also got a chance for voice acting in Walt Disney Pictures as the Wilden Lightfoot. Kyle Bornheimer was a nominee for the Best Ensemble Performance as Golden Carp Film Award for his role in Marriage Story.

Besides acting Kyle love traveling and his favorite destination is California. Kyle Bornheimer's favorite movies are The Godfather, Dr. Strangelove, and Chinatown.

Kyle Bornheimer is a married man who married Shannon Ryan. Before marriage, this beautiful couple was in a relationship for more than a year, and later on, they planned to marry. Shannon is involved in marketing. His wife is the president of marketing for Disney Television Studios and ABC Network. There was a rumor about Kyle that he is gay because in the movie Spokane he played a role of a gay. The beautiful couple has two children. Kyle and his wife are living a happy married life with two children. 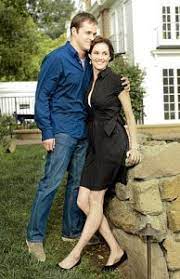 Talking about physical statistics, Kyle Bornheimer's height is about 6 feet 0 inches and his weight is about 76kg. Kyle has a fit body with a chest of 40 inches and a waist of 32 inches. He has a slim body type with 12 inches biceps. He has dark brown hair and eye color.

Kyle Bornheimer has spent a long time in his acting career. According to some sources, it is estimated that his net worth is about $3 million and his average salary is assumed to have $55,883. Besides acting, he has a different source of income like real estate business, advertisement, and many more which has helped him a lot in growing his net worth. Nowadays he is busy with his new movies and television series which may increase his net worth in the coming days.