Lars Brygmann is a renowned Danish actor. He is a veteran actor and has made a fine name in the entertainment industry. Moreover, it is all because of his incredible acting skills in the TV shows and movies he has worked on so far. This actor is highly renowned for his acting role in the series 'Dicte' as John Wagner.

Apart from acting in movies and tv series, he also has theatre credit plays. To begin his career in acting, he initially performed in different theatres in Denmark and then eventually led into big-screen roles. Please stick with us till the end of this article to learn more about Lars Brygmann's lifestyle.

What is Lars Brygmann age?

Lars Brygmann opened his eyes on 17 February 1957  at Copenhagen, Denmark. His present age as of January 2022 is 64 years old. His zodiac sign is Pisces. He has not opened much information related to his father and his mother's name and their occupation as of now.

However, he does have two siblings, brothers, in his family whose names are Martin and Jens Brygmann. Lars was interested in acting since his early childhood days. 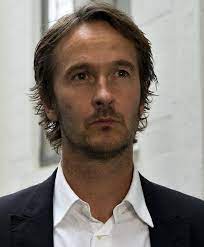 Where did Lars receive his education?

Lars Brygamann is a well-learned man. However, he has not been disclosed much information to his academic degree and educational institutes.

When did Lars Brygmann begin his career in acting?

Before becoming an ace actor, Lars Brygmann was an outstanding theater actor. Lars began his professional acting debut with the TV show, Juletestamentet in 1995. After this, he went to work on TV shows like Taxa, Rejseholdet, Young Andersen, Borgen, Lykke, and many more. Moreover, he has also appeared in 'Powder Keg,' based on a true story.

Lars came into the forefront when he played the role of John Wagner in the Danish TV show, Dicte. He has also seen in movies like Smilla's Sense of Snow, Credo, The Bench, A Funny Man, The Charmer, etc. We can also see Lars in Paprika Steen's new comedy, 'Til døden os skiller' in the lead role.

Why did Lars Brygmann leave Dicte?

Dicte, also a crime reporter series, is a Danish series. This series began starring in 2013, and it ended in 2016. Here there is a total of three seasons and thirty episodes. Lars Brygmann played the role of John Wagner and appeared in a total of 24 episodes. But, at the end of the third series, he left this TV show in 2016. However, there are not many details related to his leave. 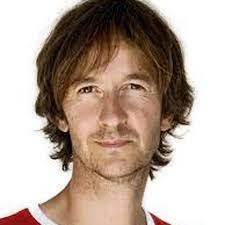 Who is Lars Brygmann wife?

Lars Brygmann's wife or his girlfriend's name has not been disclosed. It is also unclear if Brygmann's relationship status and dating life remain a mystery. It seems that he has the information related to his personal life under the radar.

Due to lack of proper information, we here assume that Lars is possibly a single and unmarried man at the moment. He is more and more focused on his acting career than searching for a woman to enter his life and fill it with joy and happiness.

Are there any rumors and controversy related to Lars?

Lars Brygmann is an established Danish actor. The Dicte actor has maintained a clean-cut image in society and the entertainment world. In all these, he has earned great fame thanks to his acting. He has not been involved in any controversy that could have damaged his career. Moreover, no news rumors are surrounding him.

What is Lars Brygmann Net Worth?

Lars Brygmann has amassed a net worth figure in the region of $2 million. He s able to obtain such a massive fortune from his successful acting career. Lars has been active in the acting industry since the mid-1990s.

He has acted in several TV shows and movies so far in his career. His annual salary is estimated to be several hundred dollars. Brygmann enjoys a great life with his family in Denmark with his collected net worth. His assets details have not been explored as of now. 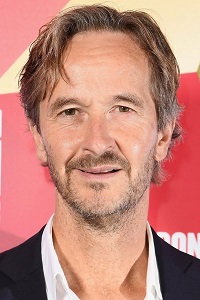 What are Lars Brygmann body measurements?

Lars Brygamnn stands at the towering height of 6 feet inches (185 cm) and maintains a fit bodyweight. He has a slim body build. His physical description remains a mystery as of now. He has a pair of grey eyes and brown hair.

The famous Danish act r Lars Brygmann is also active on social media sites. Lars has collected more than 6 K followers on his Instagram account, which he uses under the id name @ lars. Bergmann. He does not have an official Twitter and Facebook page.