Malaysia Pargo is an entrepreneur and reality TV star who is popular as an ex-wife of Jannero Pargo. She got legally divorced from Jannero Pargo in 2014. She, along with Jannero, has three kids who are living with her.

Malaysia Pargo was born in Compton, California, on 1980 August 12. She hasn't revealed any information about her parents. She has a brother named Dontae Hayes. Unfortunately, her brother was shot and killed by police. Her ethnicity is black and with the zodiac sign of Leo. The reality show star also has a cousin who is the coach of basketball named Byron Scott. She hasn't revealed any information about her education journey. 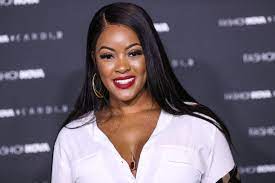 Malaysia Pargo becomes popular after her appearance on the reality TV show Basketball Wives: Los Angeles. After her popularity on the reality show, she was also featured in the music video Nothing. Later on, she started her own jewelry brand in 2011 name Three Beats jewelry. She is a successful businesswoman who has her own clothing line for ladies name Vanity World.

According to some sources, currently, she is single and focused on her business. Previously her husband was Jannero Pargo, a professional basketball player. Her age was 21 years old when she was in this relationship with Jannero. After dating for some years, the couple married happily in 2006. The couple had their first child in 2007 named Jannero Pargo Jr. In 2011, and the couple is also blessed with twins name Jayla and Jayden.

Everything was going well, but in 2014 the couple split and were legally divorced. After their divorce, the mother had the kids' custody and live with her. According to some resources, she was also in a relationship with rapper O.T Genasis. They were seen together in many events, and they used to share their together photos on their social media account. It seems the couple broke up later.

Malaysia Pargo has got tall height than an average American lady with a height of 6 feet 1 inch. The reality star has a weight of 66kg. She has an average body with body measurements of 36-26-38 inches. Her waist size is 26 inches with 38 inches hips. She has dark brown hair and eyes color. It looks like she is also interested in fitness, as we can find her photos and videos during a workout on her social media account. Her age is 41 years old. 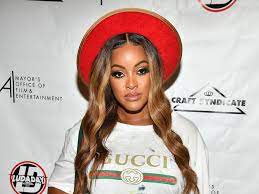 Malaysia Pargo had her appearance in many TV shows like Basketball Wives, The Arsenio Hall Show, Home & Family, and many more. Besides from reality show star, she is also a successful businesswoman. She has her own jewelry band Three Beats Jewelry.

She also has her clothing line for ladies name Vanity World. There is no doubt she must have a good net worth from her multiple fields. After her divorce from Jannero Pargo, she also gets some amount as a divorce settlement. Malaysia's net worth is estimated to have $3.5 million.