Martin Klebba is an American actor best known for portraying Marty in the Pirates of the Caribbean franchise. Along with acting, Martin has also worked as a stuntman. Moreover, the actor is famous worldwide for his remarkable role in several movies and series like Hancock, Jurassic world, mirror, mirror, and many more.

Martin Klebba suffers from a form of dwarfism called acromicric dysplasia. Klebba has inspired and motivated many through his hard work and dedication. In addition, he has impressed everyone with his diverse acting skills and brilliant personality. Today, Let's explore more about Martin's life and his inspiring journey.

What is Martin Klebba Age?

Actor Martin Klebba was born on the 23rd of June, 1969, making him about 53 years old. The actor was born and raised in Troy, Michigan, USA. Information about Klebba's parents and siblings is yet to be known. We shall update you when we find the required details. Talking about his education, Martin graduated from Athens High school. 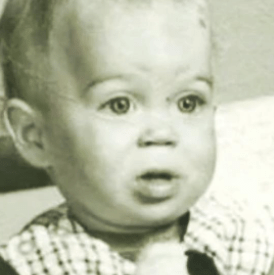 How did Martin start his career?

Martin has been in the industry since 2000, and he has done a remarkable job in both movies and series. The actor's portrayal in Snow White: The Fairest of them all (2001) as Friday was noticeable to the audience. Klebba got popular for his work on Men In Black II, TV Series CSI: Crime Scene Investigation(2007) for portraying Dickie Jones, 2008 film Hancock, All's Faire in love, 2011 TV series The Cape as Rollo, 2014 movie Left behind as Melvin Weir. Martin has also played in Aliens, Clowns, and Geeks as clown captain.

Who is Martin klebba wife?

Martin was married to Michelle Dilgard on the 19th of June 2011. The couple dated a few years before tying the knot. Michelle Dilgard is a teacher by profession. The couple is deeply in love with each other. The duo proved love superior to any other thing in the world. Martin and Michelle are blessed with two kids; a son Alec Klebba and a daughter Makenzie Klebba. The family lives together and shares a deep connection. Martin believes his wife and children to be more precious than anything. 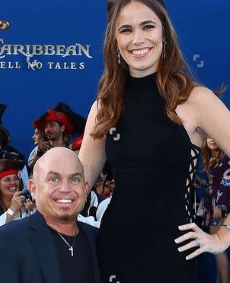 Earlier this week, news about Martin Klebba's death was spread by a Facebook page, which later turned out to be a prank. . Upon hearing the fake news, thousand of fans were shocked and expressed their sadness through condolences, but later, news about the actor being alive and well was confirmed by a trusted source. As of now, the actor hasn't died and is physically fit.

What is Martin Klebba Net Worth?

Actor and Stuntman Martin Klebba have been in the industry for decades, and the actor's hard work and dedication are being paid off with fame and great fortune. Martin's Net worth is estimated to be around $7 million. His source of income is through acting and performing stunts in movies and series. Martin has a huge heart and helps needy people as much as possible. The actor runs a nonprofit organization called Coalition for Dwarf Advocacy, which gives 100% of its donations to help people suffering from dwarfism.

What is Martin Klebba Height?

Klebba stands at 4 feet 1 inch(1.24m). The actor has an expressive blue eye with a beautiful smile. In addition, Martin has a kind and charming character with a bald head. Moreover, Martin can impress anyone with his charismatic personality and appealing character. Unfortunately, there is no more information regarding his physical stats. 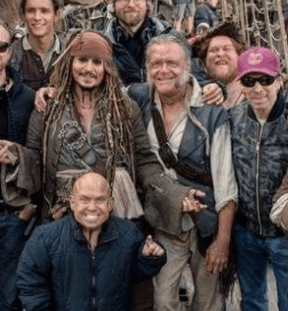 Is Martin active on social media?

The actor has a verified Instagram account with more than 23K followers. Martin is active on Instagram and posts regularly on this platform. His posts are mainly about his movies and series. We can see Klebba posting behind the scene moments and interesting experiences of his acting career on Instagram. However, the talented actor shares photos of himself enjoying himself with Michelle and the kids. Overall, it's refreshing to go through his Instagram account.