Meezaan Jaffrey is a talented actor from the nation of India. He is the son of a fine Indian actor and dancer, Jaaved Jaffrey, and grandson of legendary Indian comedian Jagdeep.

Here in the paragraphs below, we will be going through some fascinating aspects of Meezaan Jaffrey. He began his acting profession in 2019. Meezaan is one of the rising acting talents of Bollywood. He has made quite an impressive fan following on his Instagram account.

Meezan Jaffrey was born into a family of entertainers. His father, Jaaved Jaffrey, is a famed Indian actor and notable dancer of his time, while Meezan's grandfather, Jagdeep, had made his acting presence felt in more than 400 Bollywood movies. He opened his eyes on 9 March 1995 at Mumbai, Maharashtra, India. His present age is 26 years old.

His mother's name is Habiba Jaffrey. On the other hand, he has a younger sibling brother, Abbas Jaffrey, and an elder sister, Alaviaa Jaffrey, in his family. He has been interested in acting since his early childhood days. Also, while at school, he was inclined towards sports and music. He even represented the state of Maharashtra in several basketball competitions. 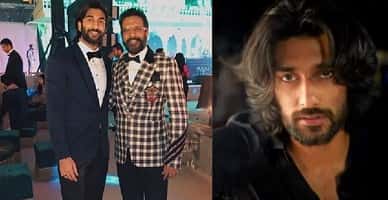 Meezan Jaffrey went to study business at the famed Franklin & Marshal College in Pennsylvania. Still, later he went to explore his film direction and editing at the School of Visual Arts in New York.

After finishing his studies in the USA, he returned to his homeland. Afterwhich, he went to work for Sanjay Leela Banshali and even worked as the body double for the Indian actor Ranveer Singh in the movie, Padmavat. Moreover, he has also worked as the assistant director of the film, Gangubai Kathiawadi which will be released in 2022.

As an actor, Meezan made his official acting debut with the movie, Malaal where he could be seen playing the character of Shiva More. The film was released in 2019.  For his outstanding acting shown in his debut, he even won the Best Debutant Performer at the Times Men of the Year awards in 2020. He also played the leading role in the comedy-drama movie Hungama 2, released on Disney+ Hotstar. 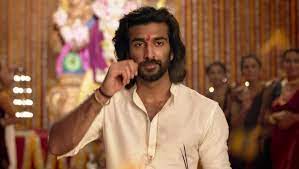 Now talking about his relationship status, Meezan Jaffrey's current status is unknown at the moment. However, in the past, he was rumored to be dating his ex-girlfriend, Navya Naveli Nanda, who is the granddaughter of the legendary Indian actor Amitabh Bachan. But, apart from this, there is not much information related to his other love affairs and previous girlfriend names.

Due to lack of proper information, we assume that Jaaved Jaffrey's son Meezaan Jaffrey is possibly a single and unmarried man. He seems to focus more on his acting and directing career rather than looking or searching for love at the time of this writing.

How Much is Meezaan Jaffrey Net Worth?

Meezaan Jaffrey's actual net worth has not been disclosed as of now. However, it is pretty clear that he has earned most of his income from his promising acting and directing career. His annual salary is estimated to be several lakhs of rupees that he charges per movie. With his amassed earning, Meezan enjoys a great and ideal life with his family and close pals in Mumbai.

On the other hand, his beloved father, Jaaved Jaffrey, has accumulated a net worth of $ 3.5 million. He can obtain such a massive fortune from his long and illustrious career in Bollywood Industry. 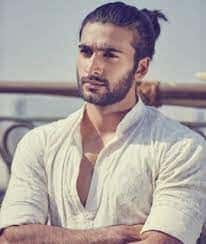 As per sources found on the internet, Meezan Jaffrey stands at the height of 6 feet (183 cm) and maintains his body weight at 75 kg (165 lbs). His overall physical description read as 40 chest size, 31 inches size, and 12 biceps size. Thus, he has an average body build. In addition, he has a pair of dark brown colored eyes and black hair.