Rebecca Gayheart is a veteran American actress who is well known for being a star actress in the 90s. Rebecca has acted in movies like Urban Legend, Beverly Hills, Earth 2 and many more. Rebecca is a dynamic and versatile actress. She also has her fair share of love stories to tell. In the following lines, we will explore some lovely facts about her personal and professional acting life.

Know More : Eric Dane and Rebecca Gayheart on good terms after Separation! They Enjoy a vacation with their kids

What is Rebecca Gayheart Age?

Rebecca Gayheart opened her lovely eyes on 12 August 1971 at Hazard, Kentucky, U.S.A. At the current time, her age is 51 years old. Rebecca is the third person among her four kids who are born to Floneva "Flo" Gayheart  (mother), who has been employed as a Mary Kay independent beauty consultant, and Curtis Gayheart (father), who worked as a miner and coal-truck driver. She also has two siblings sisters whose names are Elizabeth and Rachel, as well as a sibling brother, Curtis Wayne Gayheart. 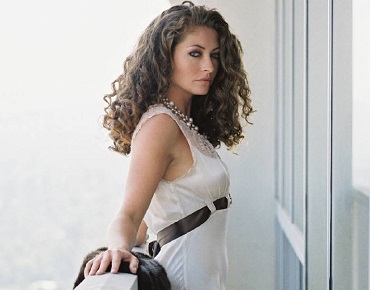 Where Did Rebecca Get Her Education?

Rebecca Gayheart completed her high school education at the renowned Professional Children's School and enrolled in the Lee Strasberg Theatre and Film Institute to hone his acting skills.

How Did Rebecca Begin Her Professional Career?

Rebecca Gayheart began her acting journey in the year 1990. She played the role model in the short film: Whatever Happened to Mason Reese. Rebecca has also played in numerous notable Hollywood movies such as Hairshirt, Urban Legend, From Dusk Till Dawn 3: The Hangman's Daughter, Bunny Whipped and played the fine role of Billie Booth in the 2019's once upon a time in Hollywood.

Gayheart has made her naT.V. on the small screens too. She played the role of Hannah Mayberry in the T.V. show; Loving Son. She has also appeared in several T.V. shows. Some of her acting credits include Wastleland, The Christmas Blessing, Medium, Vanished, C.S.I.: Miami, and she played the character role; of Bess Martin in the American science fiction show; Earth 2.

Who is Rebecca Gayheart Husband?

Rebecca met Brett Ratner at the ripe young age of 15 on the day after she transferred to New York City in the year 1986, and they were also briefly engaged in the year 1997, but the duo went separated and officially went their ways in 1999. Later, Rebecca found new love and went to marry actor and her second husband, Eric Dane, in October 2004 in Las Vegas. 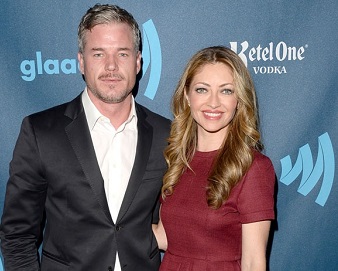 Almost after six years, in March of 2010, she gave birth to her first kid with Dane, a daughter in the city of Los Angeles. Later, she gave birth to her second daughter, Dane, in December of 2011. After several years of blissful married life, in 2018, the duo  Eric Dane and Rebecca Gayheart went to file for divorce. Although they are away from each other life, Rebecca Gayheart shared a hilarious photo of a 'family vacation in Europe' with ex-husband Eric Dane

Was Rebecca Gayheart Involved in an Accident?

For nearly 20 years, Rebecca Gayheart did not say anything about her tragic car accident that took the life of a 9-year-old child.   She has opened numerous talk shows that after hitting the kid, who died from his injuries the next day, her life went down the barrel. Rebecca was later sentenced to probation and community service.

What is Rebecca Gayheart Net Worth?

As of August 2022, Rebecca Gayheart has accumulated a net worth figure of $ 5 million. The veteran American actress earns the most of her home from her acting life. Her year salary is impressive, and her earnings will increase once she takes on future acting projects in the upcoming times. She is enjoying a happy and elegant life with her collected net worth. 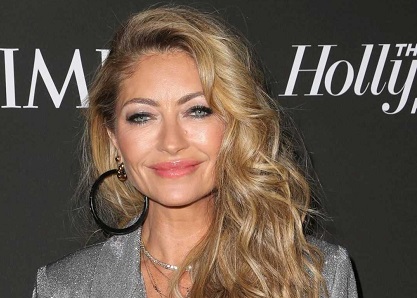 What Is Rebecca Gayheart Height?

As from several online sites, Rebecca Gayheart stands at an average height of 5 feet 7 inches (170 cm) and has a body weight measured at 56 kg (123 lbs). Her overall body detail read as 34-25-33 inches which suites her overall body structure pretty nicely. She is also the proud owner of a green-colored eyes and light brown colored hair. She also wears a 34 bra size and sports a 9 (U.S.) shoe size.

What are Rebecca social media accounts?