Ryan McPartlin is handsome acting from Chicago who is ruling the acting industry with his brilliant acting performance. If you have watched a TV show like Sequestered you must have been a great fan of him.

In his long acting journey, he was part of many hallmark movies and TV shows like All American, Devious Maids, and many more if you have watched music videos like Give You What You Like that you may have noticed him in the video.

Where was Ryan McPartlin born?

Ryan McPartlin was born in the beautiful place of the USA name Chicago, Illinois. He was born to the couple Steve McPartlin and Lois in 1975, July 3. He is also blessed with one other brother named Chris. His horoscope is Cancer, and his ethnicity is mixed of German, Norwegian, and Irish. 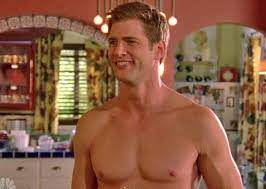 What is Ryan's educational degree?

Ryan McPartlin completed his high school at Glenbard South High School. After high school, he was enrolled at the University of Illinois to complete his degree in speech communication. He was also a good football player when he was studying in college, and he was also a part of Illinois Fighting Illini football.

How did Ryan start his professional career?

To make his dream to be an actor, he moved to Southern California. In his started career, he worked as a model for Abercrombie & Fitch. In 1999, he played a role in the TV show The Nanny. After his debut role, he started getting more roles. He also appears in a lead role in the American TV sitcom Living with Fran. Furthermore, Ryan is mostly popular for his role in the action-comedy series Chuck. He is also present in the movie Hunter Killer with the role of Matt Johnstone. It is hard to believe that such a talented actor doesn’t have any awards and nominees. 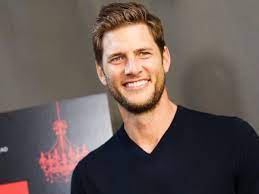 Who is Ryan McPartlin dating?

Ryan McPartlin started dating a girl named Danielle Kirlin when they both were studying at university. His wife was also an actress. They both have a mutual understanding for each other and have spent together for many years without any kind of rumor and controversy. The couple decided to get into marriage in 2002 after living relationship for some time. We are still unknown about his past relationship.

They have also been blessed with children named Wyatt Duke and Dylan James. His wife Danielle Kirlin has worked in the movies like Felicity and Centipede. Currently, she is the CEO of Plate Therapy.

What is Ryan McPartlin's height?

Ryan McPartlin has a tall height of 6 feet 4.5 inches. He has a decent body, but unfortunately, his weight is still unknown. He has blue eyes with brown hair. Following his photos on Internet, we can assume that he has a slim body with average weight. At the age of 46 years old, he looks very young and attractive. 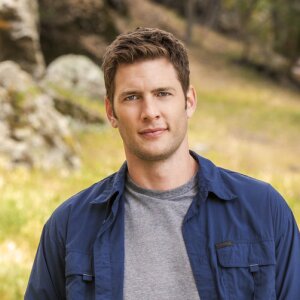 What is Ryan McPartlin's Net Worth?

According to some sources, they claim that he has a net worth of $5 million. He has spent more than two decades in the field of acting. He has also worked in a lead role in the TV shows like LA’s Finest and Sequestered. He may also be involved in paid promotion through his social media account. He is also co-founder of the meal-delivery company Plate Therapy, and there is no doubt he is getting a good amount through his company.

Is Ryan active on social media?

The handsome actor is also active on Facebook, and currently, he has 43k followers on his account. He is not only a good actor but a certified personal trainer. He loves to play racquetball, tennis. He likes to do snowboarding, scuba driving.