Tim Donaghy is a controversial Pennsylvania former basketball referee known for working in the ultra-popular National Basketball Association. Later, he was caught betting on the games scandals of basketball. Tim has also already served his sentence for his crime. He later made his professional wrestling referee for the wrestling promotion known as Major League Wrestling.

What is Tim Donaghy Age?

His full birth name goes by Timothy Francis Donaghy. He opened his brilliant eyes on 7 January 1967 at Havertown, Pennsylvania, U.S.A. His current age is already 55 years at the moment.  Tim is the proud son of Gerry Donaghy (father), who worked as the referee for several NCAA basketball games. His mother's name is missing. 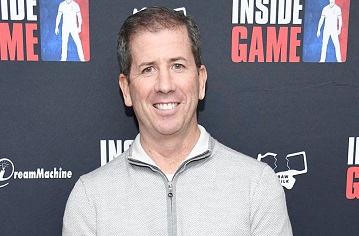 Where Did Tim Get His Education?

Tim got his bachelor's degree in sales and marketing from Villanova University. He has also gone to Cardinal O'Hara High School, which is situated in Springfield, Pennsylvania.

How Did Donaghy Begin His Professional Career?

Tim Donaghy was a former professional basketball referee who worked at the National Basketball Association. He has spent nearly five years officiating in the state of Pennsylvania. Tim has also spent seven long seasons for the Continental Basketball Association. He later worked with the NB A and worked there for nearly 15 years. In early November of  2019, the movie Inside Game came out in theaters. The official documentary movie shows Donaghy's perspective on the NBA betting scandal saga. 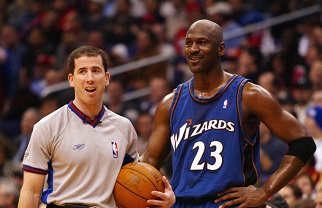 Donaghy left the NBA   league games in the summer of 2007 after an investigation caught him by the Federal Bureau of Investigation (FBI) for allegations that he had bet and book on the NBA games that he served as an official during his two seasons and that he made several calls that affected the point system in the games. For his scandals crime, he has also served around 15 months in a federal prison in Pensacola, Florida, and was released in November of  2009. Besides this, there was a rumor that the famous NBA referee Scott foster and Tim were involved in the Gambling scandal. Later it was confirmed that Scott was not engaged in the Gamling scandal.

Tim Donaghy was once married to his wife, Kimberly Donaghy, with whom he got married in 1995. The former duo, Tim and Kimberly, enjoyed an exemplary married life for more than 12 years. Finally, they filed for divorce and went their separate ways in 2007. The reason for their divorce has not been confirmed as of yet. But it is known from their union that they also share four lovely daughters.

As of 2022, Tim seems to be living a singlehood life. There is no information about his present love life or relationship side of his story. It seems that after the divorce with Kimberly, he appears to be going under the radar. 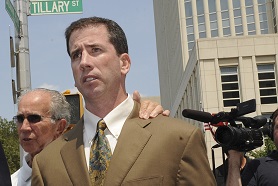 What is Tim Donaghy Net Worth?

As of September 2022, Tim Donaghy has collected a net worth figure of $ 1.2 million. Most of his steady income flow comes from his career and working as a professional basketball referee. His annual income is also assumed to be many thousands of dollars. His asset details and investment endeavors could not be traced. Nonetheless, with his total collected earnings, Tim is enjoying a happy and fulfilling life with no sort and signs of financial woes troubling him or his family.

What Is Tim Donaghy Height?

As per tabloids scanned from the online sites, Tim Donaghy stands at a reasonable height of 5 feet 8 inches (172 cm) and maintains healthy body weight. His overall body measurements cannot be known at the moment. But looking at him, it is no doubt clear Tim is a slim body build and possesses green-colored eyed and short black hair.

What are Donaghy's social media accounts?

The controversial American referee Tim Donaghy seems unavailable on social media sites. His official Instagram, Twitter, and Facebook pages could not be found. But his fan following had created many accounts regarding his name; moreover, that account contains photos and videos.