Zehra Fazal is an excellent American voice actress, known and well remembered for voicing the character of Nadia Rizavi in Voltron: Legendary Defender and Halo and Bluebird in the popular Young Justice: Outsiders. Moreover, he increased his popularity in the video game Borderlands 3 and apex legends. Her lovely voice and perfect timing have captivated audiences for several years.

Fazal has been making rapid strides in the voice acting journey since 2007. She has been the voice actor for several animated shows and movies. Her career is rising, and she is one of the most highly sought voice actors in recent memory.

What is Zehra Fazal Age?

Zehra Fazal came on this planet on August 28, 1984, in the United States of America. Her age is 38 years old; her parents and sibling details cannot be tracked.  Nonetheless, she is the holder of an American citizenship certificate paper and has mixed ethnicity. Now talking about her educational details, Zehar Fazal is a well-learned young woman. Fazal has earned her hard-fought BA degree from Wellesley College. 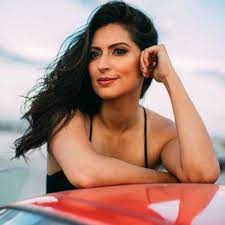 How did Zehra begin Her Professional Career?

Before making a  name for herself in the voice acting genre, Zehra was recognized for making funny and irreverent comedies that often aimed to poke at the Muslim community.  She has voiced in several animations too. Zehra voice the role of Nadia Rizavi in the animated TV show; Voltron: Legendary Defender.

She also voiced several DC characters in the popular American DC superhero animated show; Young Justice. Fazal also voices the fictional character of Mara in the American animated streaming TV series; She-Ra and the Princesses of Power.  As of recent endeavors, she could be seen playing the role of General Yunan in the American animated TV show; Amphibia and the voice of the role of Dr. Millweed in the computer-animated show; Vamprina. 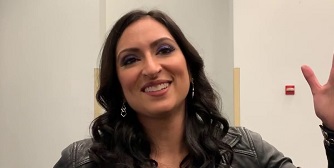 Moreover, Fazal has voiced the role of Talia al Ghul, Nosferatu, in the American animated Superhero film Catwoman: Hunted, and also played the voice role of Talia al Ghul in the 2020's DC animated movie; Batman: Death in the Family. For her incredible and outstanding voice skills, she has won prestigious arts awards in Outstanding Animation Character - TV or Web, Best Voiceover.

The young and outstanding voice actress  Zehra Fazal's love life and relationship side of her story could not be well documented. It looks like Fazal is keeping secretive wraps around her love life. Hence, our sources believe she is possibly a single woman due to any valid claims.

What is Zehra Fazal Net Worth?

As of September 2022, Zehra Fazal has made a net worth figure which is at $ 1. 3 million. The majority of her income comes from her successful voice acting career. Her yearly salary has not been disclosed as of now.  Similarly, details of her assets, investments, and other endeavors could not be opened. But with her impressive earnings, Fazal is enjoying a happy and lavish lifestyle without financial discomfort troubling her. 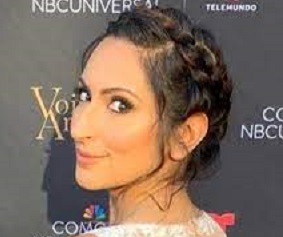 What Is Zehra Fazal Height?

According to online sources, Zehra Fazal stands at the height of 5 feet 6 inches (170.6 cm) and maintains healthy body weight.  Looking at her, she has a slim body build, and her body details are missing at the moment. Looking at her, it seems that Zehra has a pair of black colored eyes and black colored hair.

What are Zehra Social Media Accounts?