Indi Hartwell and Dexter Lumis are an item in WWE. They are pair, and their love affair has made WWE NXT a must-see show in recent memory. In the following article, we will be exploring the couple's relationship and many more aspects of their life. 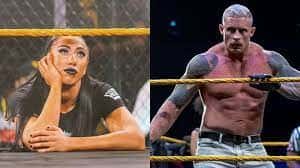 Apart from their relationship with one another, Indi and Dexter's past love affairs and relationship are not unknown. Nonetheless, the duo is enjoying each other company.

In 2021,  Indi Hartwell proposes to the wrestler Dexter Lumis after the duo won the match on the NXT.  In the match, she, alongside Dexter, defeated Jessi Kamea and Robert Stone. 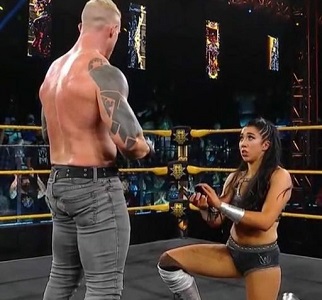 After the match, she bent on one knee to propose Dexter.  Dexter finally accepted her proposal. The lovebirds are planning to get married pretty soon in the future. But they have not disclosed as of now.

Their Proposal Reaction By Fans

In WWE NXT rosters, Indi Hartwell and Dexter Lumis's relationship has been widely appreciated by many wrestlers, both male and female. After Indi proposed to her boyfriend, Dexter Lumis, many fans were happy and excited about their relationship developing something special after their match. As such, the duo's love life and Indi Hartwell's proposal to Dexter have met with positive reactions with WWE fans.