Home > Gossip > What is the relationship between Maddie Ziegler and Michele Gisoni?

What comes into your mind when you hear the phrase "Partners in crime?" You immediately think of someone so close to you, close to your heart, with whom you can share anything, no secrets, all your good, and bad deeds, but yet that person supports you in every step because she cares about you. That perfectly describes the bond, the sisterhood between Maddie Ziegler and Michele Gisoni.

Know More about the life of : Michele Gisoni

Who is Maddie Ziegler?

Maddie Ziegler is a young and phenomenal American dancer, actress, and model. She is well recognized for her superb performance on Lifetime's dance reality show Dance Moms. She began at the tender age of eight in 2011 and continued till 2016. Maddie ventured into the entertainment industry in 2014 when she made an appearance in Sia's music video Chandelier and Elastic Heart, which catapulted her to international fame.

Time's magazine included her on its "30 Most Influential Teens" list from 2015 to 2017. And her popularity can be seen on her social media accounts. Her Instagram handle (@maddieziegler) has got almost 14 million followers. Moreover, Maddie made her film debut as Camille Le Haut in the animated picture Ballerina (2016). 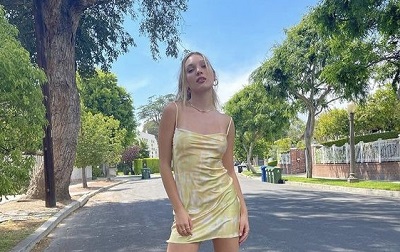 Maddie Ziegler, born in 2002 on September 30 as Madison Nicole Ziegler, is in her 19th now. The native of Pittsburgh, PA, Ziegler is an American national having Libra as her horoscopic sign. Maddie was born to a mortgage company owner Kurt Ziegler (father), and Melissa Ziegler (mother). However, they divorced in 2011, leaving Maddie and her younger sister Mackenzie Ziegler to Melissa's mother. 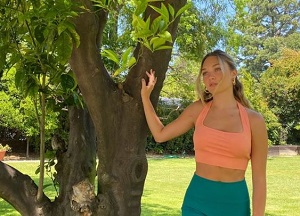 Michele Gisoni is the daughter of Greg Gisoni. Greg currently serves as Vice President at a Nuclear Power Company, Westinghouse Electric Company. Unfortunately, there is not enough information available on the web about Michele. Though her exact date of birth is not disclosed, as per her looks, Michele might be in her 15th or 16th. Thus she is probably doing her high school education.

Know More : Who is Danielle Deadwyler husband? Do they have kids?

Furthermore, Michele has no attachments with the showbiz industry as yet. She became famous because of her stepsister Maddie Ziegler. After Melissa divorced Kurt, she got married to Greg Gisoni in 2013. This makes Mackenzie Zielger, Maddie Ziegler and Michele Gisoni stepsisters. 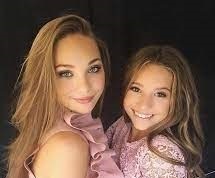 In addition, Michele also has a brother named Mattew Gisoni. So that implies Greg Gisoni has two children of his own, Michele and Matthew. Meanwhile, Mackenzie and Maddie are now his stepdaughters. But regardless of their relationship, they are all happily living together in peace and harmony. Despite being stepsisters, Maddie Ziegler and Michele Gisoni love each other very much.