Home > Gossip > Who is taking care of Mark Labbett's son? The controversial marriage with Katie

Mark Labbett has a son named Lawrence Labbett that he shares with his ex-wife, Katie Liabett. From the following paragraphs, you will learn who is taking care of his son, the controversial marriage with his ex-spouse, and many more.

In short, Mark Labbett is a British TV personality who is well known for being a quiz master and TV personality. He shot into the spotlight after appearing in the famous show, The Chase. 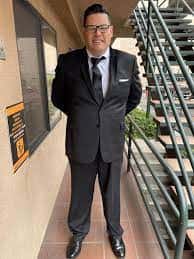 Who is taking care of Mark Labbett Son?

From the online site, Hellomagazine, Mark has a room for his son in his home in Rotherham. After his divorce from his now ex-wife, Katie, Mark also shares his lovely home with his adorable golden retriever that completes his life. 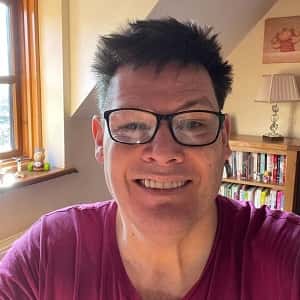 What is Mark's controversy with Katie about their marriage?

Mark Labbett was previously married to Katie Liabbett. His spouse, Katie Liabbett, works as an artist and a fine illustrator. On an interesting note, Katie is 27 years younger than him and they are also cousins. As mentioned above, the duo also has a son whom the ex-pair named Lawrence Labbett.

Know More : How much does Mark Labbett earn being a television personality? His Net Worth and Assets in 2021

As for their controversial married life, the duo tied their wedding knot in 2014. But due to mutual differences, the duo went their separate ways in 2019. They united briefly for their son. However, they again got separated in 2020 after it was found that Katie had an affair with her boyfriend, Scott Bate, a veteran senior design engineer. The duo has been dating and being in a relationship with each other for nearly 18 months. 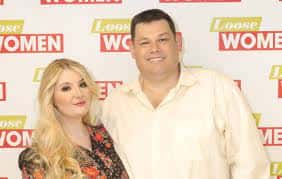 What is Mark Labbett doing now?

As mentioned in the first heading, Mark is living happy and satisfied in his lovely and elegant home in Rotherham with his loyal and adorable golden retriever. Talking about his present relationship, Mark seems to be enjoying comfortable life and seems to live his singlehood life to the fullest.