Sam Asghari and Britney Spears ultimately tied the wedding knot in a simple yet marvelous rite earlier this week. The 40-year-old pop star is married for the third time as she wears a long white flowing veil to the ceremony. In the following article, we will ensure you get full-on details of the marriage.

The lovely couple officially became husband and wife on the 9th of June in their far-off country home in Thousands Oaks, LA. You'd assume the wedding ceremony would be sumptuous, but they kept it unadorned with only a limited number of guests invited.

How did the thing start between Sam Asghari and Britney Spears?

It was the autumn of 2016, the month of October, and Sam was cast as the opposite of Britney Spears in her music video Slumber Party. That was their first-ever meeting. And fortunately, in the video, Sam got a chance to play Brtiney's love interest. It was written in the star right from the beginning, and eventually, they started dating a couple of months later. 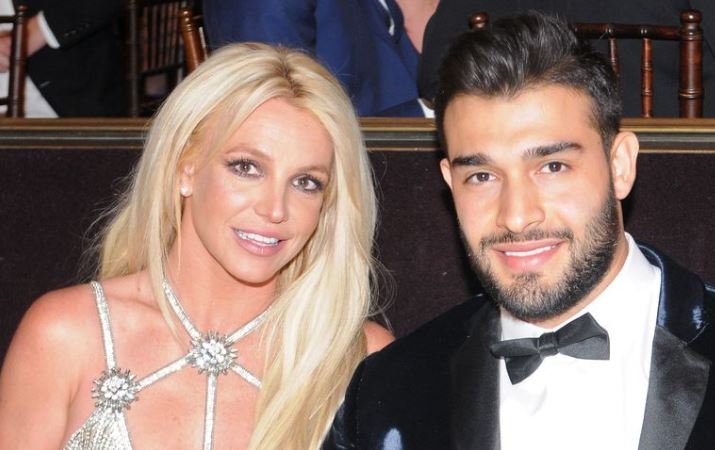 On 2017 new year's day, Britney went on a step further by making the relationship public. She posted a snap of the two having a nice dinner, and the caption goes, "Better Half." They can be seen posting each other's pictures on their respective social media posts with loving and caring captions.

Furthermore, Sam has been very supportive of her. During Britney's conservatorship, Sam openly backed it, uploading a photo wearing a #FreeBritney t-shirt and rejoicing alongside the singer when her father's authority over her personal life and money was lifted. 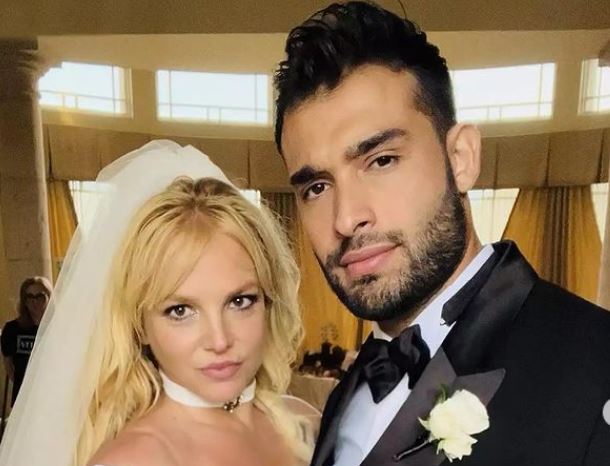 When was the engagement?

In September 2021, Sam Asghari and Britney Spears got engaged as he proposed to her with an archetypal 4- carat round bedazzling cut diamond baguette in a platinum edifice setting by Roman Malayev.

Moreover, the couple surprised fans by disclosing Brtiney's pregnancy in April 2022. But the surprise gestation they had annunciated a couple of months ago turned into a pool of sorrow. Britney's miscarriage was informed through Instagram by the couple, who wrote: "Our love for each other is our strength. We will continue trying to expand our beautiful family…."

What unprecedented happened at their wedding?

The wedding ceremony between Sam Asghari and Britney Spears, venued in Los Angeles, has a twist. Something else stole the limelight of their wedding, and it was none other than Britney's first spouse, Jason Alexander. 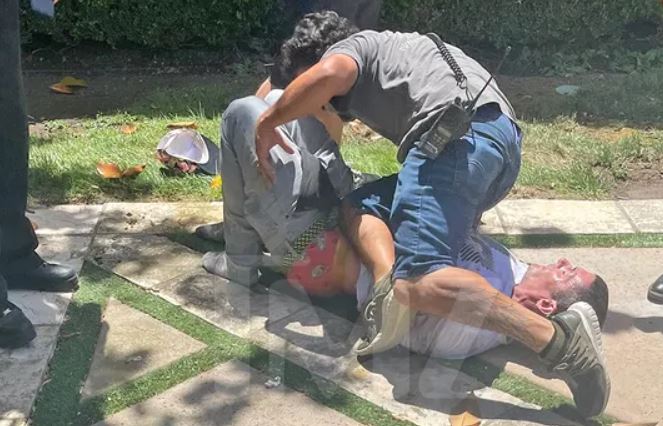 The fairy tale wedding ran into different problems as Jason crash the wedding party. He arrived at the wedding venue hours before the ceremony and live-streamed inside the house. Jason was later arrested and charged with four misdemeanors. Britney and Jason were married for only 55 hours in 2004. Perhaps one of the shortest weddings in human history.