Aml Ameen is a talented and highly skilled actor from London. He has acted in numerous TV shows and movies. However, it was his role as Trevor in the British film titled; Kidulthood.

Ameen has also made a name for himself after his excellent role of Capheus, a character in the Netflix TV show, Sense 8. Here are some very intriguing facts about the actor.

Where was Aml Ameen born?

His real name is Aml Eysan Ameen.  He was born on 30 July 1985 in London, England. As of now, his present age is 36 years old. He is the proud son of Vincentian and Jamaican parents. His father's name is Bilal Ameen, while his mother's name remains a mystery.

Aml belongs to British nationality and has a mixed ethnicity background. His astronomical sign is Leo. Besides him, he has a sibling brother, Mikel Ameen, in his family. Aml has been interested in acting since his early childhood days. He worked in the famed West End shows like Jolson and Oliver as a kid. Then, at only 11. he performed alongside legendary musician Michael Johnson in the 1996 BRIT Awards function. 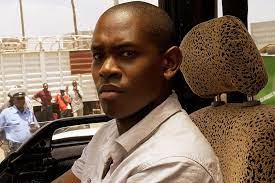 What is Aml Ameen's educational detail?

Know More : How much does Danny Bonaduce's Wife Amy Railsback earn? Her Net Worth and Earnings Explained

How did Aml Ameen begin his professional career?

Aml Ameen began his professional acting journey from the year 2003 onwards. He has acted in TV shows which include EastEnders, Little Britain, Holby City, I May Destroy You, and so on.

Aml is well known for his role in the popular series, Sense 8 where he played the leading role of Capheus. He has given impressed everyone on the big screen too. He has acted in movies like Kidulthood, Shank, Red Tails, Parallel, Run Sweetheart Run, etc. He directed his first-ever movie, Boxing Day, which is a romantic comedy movie featuring an all-black cast.

Who is Aml Ameen currently dating?

As of early January 2021, the skilled British actor Aml Ameen has not opened up anything related to his love life. He seems to be a low profile when talking about his girlfriend. It is also unclear if he is married or not? 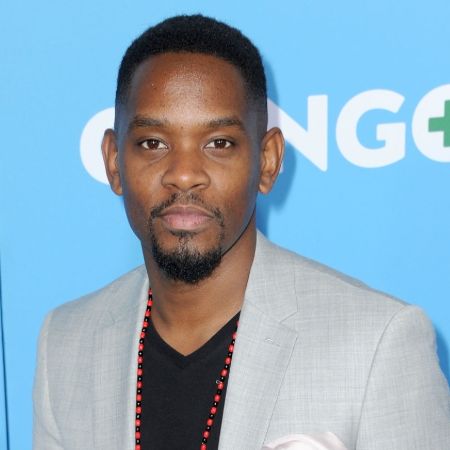 Hence due to lack of proper information, we conclude that Ameen is possibly single and still searching for his lady love. Therefore, we hope that he will soon find his passion in the future.

What is Aml Ameen Net Worth?

The Sense8 star actor Aml Ameen has accumulated a net worth of $ 2 million. Aml is able to build such wealth from his remarkable acting career. As per sources and reports obtained from the internet, the average annual salary that a  British actor could earn is around £ 23,639 ($ 31955). Therefore, it is expected that Aml will make somewhere in these figures or more.

Ameen lives a happy and lavish life with his beloved family and close relatives in England with his ever-increasing income. Unfortunately, his assets details have not been documented as of now.

Has Aml Ameen won any awards?

Aml Ameen was one of the names included in The Times newspaper, Ones To Watch in 2006 and even received the category for the Best Actor in a TV performance in the Screen Nation Awards in 2007.

What is Aml Ameen height?

Aml Ameen stands at the height of 5 feet 7 1/2 inches and maintains healthy body weight. In addition, he has a slim body build. However, his overall physical descriptions remain a mystery. Likewise, the British heartthrob is also the owner of a pair of black-colored eyes and short black hair.

Know More : Devanne Villarreal wedding to Davante Adams created quite a buzz back in 2018. Where are they now and do they have kids?

Aml Ameen has gained a massive fan following thanks to his excellent acting skills. He has also obtained several thousand fans following on his social media sites. Aml has earned around 75 K followers on his Instagram account and more than 33 K followers on his Facebook.