Asher Keddie is a famous Australian actress best recognized for playing the character of Dr. Nina Proudman in the Australian comedy program, OffSpring.  She has acted in numerous TV shows and movies and earned both praises from fans and critics alike.

She has also been nominated for several prestigious awards, all thanks to her incredible acting skills. Asher has won the Logie Awards seven times throughout her acting career. Here is everything that you need to know about the veteran actress from Australia in the below paragraphs.

When was Asher born?

Asher Keddie was born on 31 July 1974 in the beautiful city of Melbourne, located in Victoria, Australia. She is of Australian nationality by her birth and belongs to a white ethnic background. Currently, her age is 46 years old at the time of this writing. On the other hand, her zodiac sign is Leo, making her a generous and big-hearted woman. She has tons of self-confidence and determination and is also a natural leader.

Talking about her family, she is the daughter of Robi Keddie and James Keddie. Both her parents are school teachers by occupation. Asher also has a sibling sister, Bronte Keddie, in her family. Nonetheless, she has been interested in ballet dancing since her childhood days, but she dislocated her knee in the evening time of her audition with the Australian Ballet School. 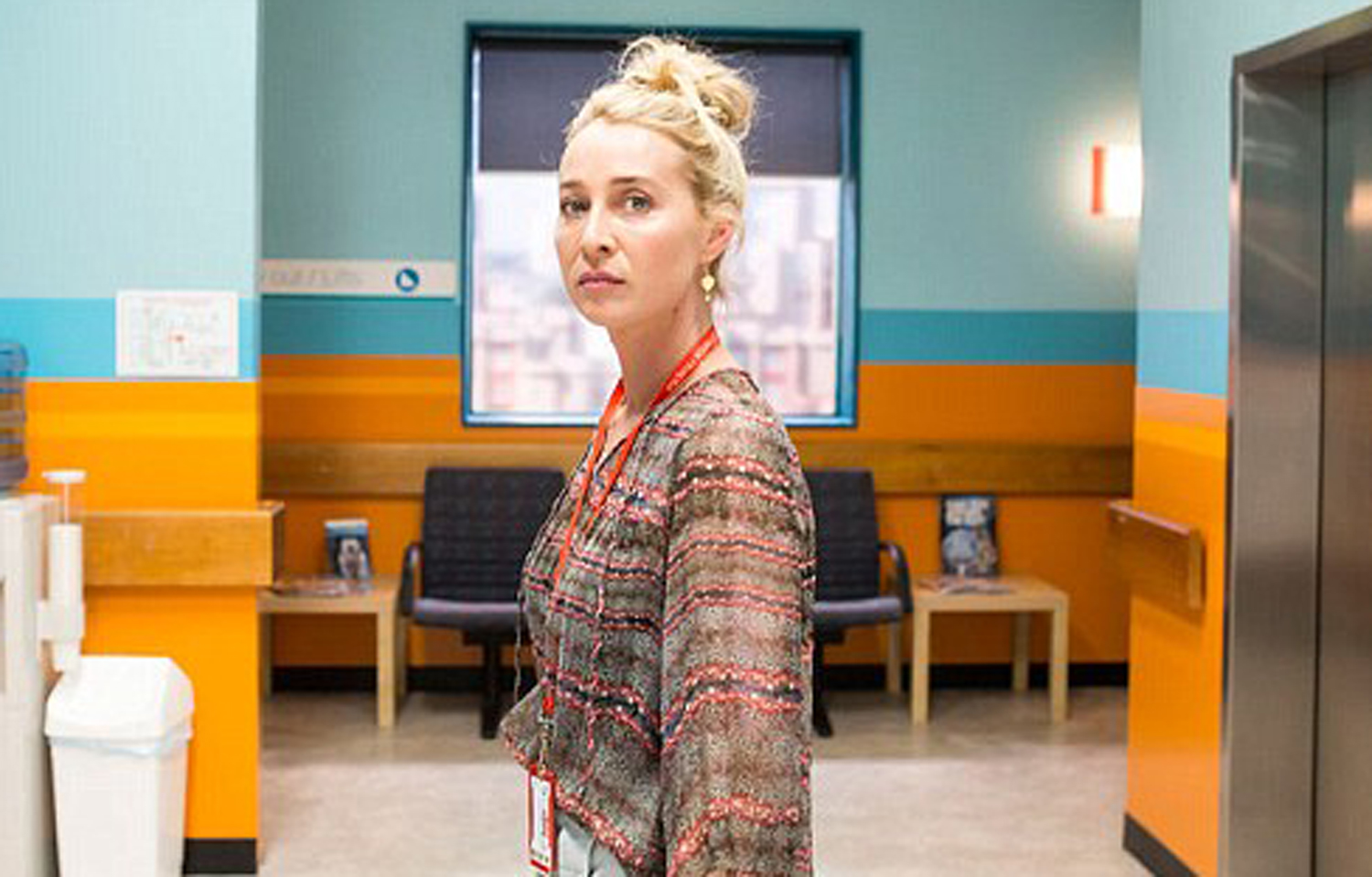 Where did she receive her education?

Despite her bad luck, she got a significant acting gig in an enjoyable dancewear shoot at her ballet school. Nonetheless, Keddie is also a highly educated woman and finished her secondary education at the St Michael's Grammar School, St Kilda.

How did Asher start her career?

Asher began her acting career in 1985 and acted in TV series such as Five Mile Creek, Glass Babies, Palace of Dreams, and Fortress in her debut year. Her recent miniseries is 'Nine Perfect Strangers' in 2021 which became one of the perfect roles. Besides appearing in several TV series and TV films, including The Feds: Deadfall, Curtin, Murder in the Outback, she has played the role of Dr. Carol Frost in the Marvel superhero movie, X Men Origins: Wolverine that came out in the theatre in 2009. 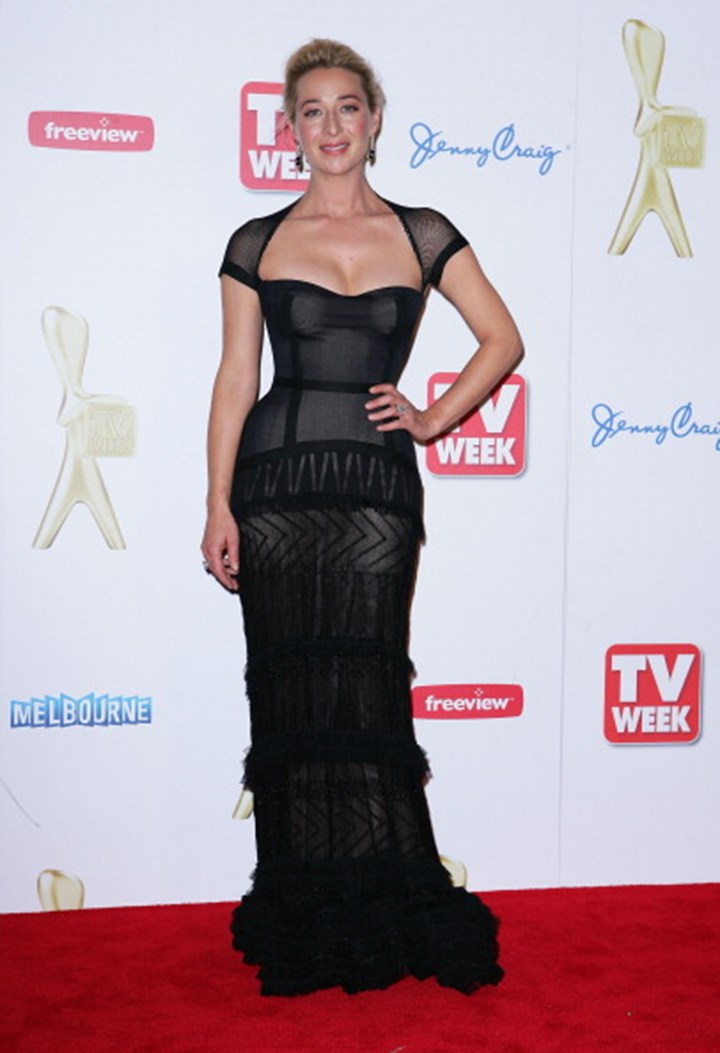 What is her net worth?

Asher Keddie has earned a massive sum of fortune from her successful acting profession. As per sources, she has accumulated a net worth of $6 million as of 2021. Similarly, her annual salary has not been officially revealed as of yet. But our site believes that Keddie earns hundreds of thousands of dollars annually from her acting career and her works on TV shows and movies. Moreover, with her impressive earnings, she is believed to be living a luxurious and elegant lifestyle without any signs of financial discomfort.

Moving towards her details,  Asher Keddie has been married twice in her life. Keddie tied her wedding knot with Jay Bowen in early 2007. Jay is a professional actor and musician. The couple parted ways and got divorced in December 2011.  The reason for their divorce is unknown. Later in April 2014, she married her second husband, Vincent Fantauzzo, and officially confirmed that she was pregnant on fate day of 19 November 2014 at the prestigious GQ Men's Award event.

Finally, the lovely birds became the proud parents of their first child, Valentino Fantauzz, on 1 March 2015. The happy family of Asher and Jay, alongside their son, Valentino, is enjoying a great and blissful life in their fabulous home in Australia. 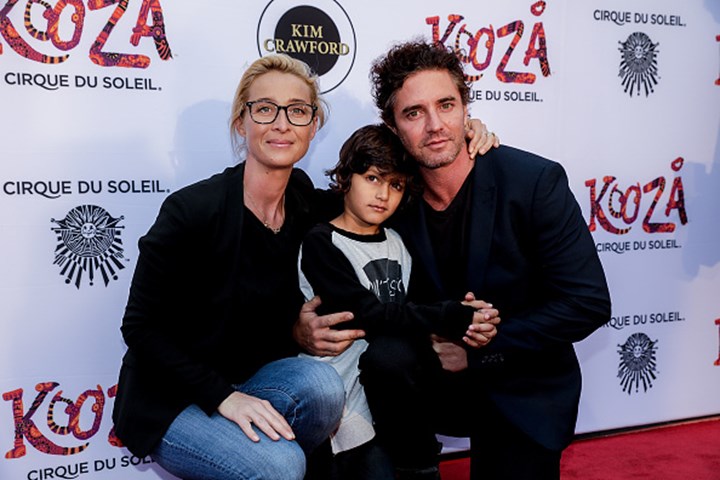 What are her body measurements?

The ultra lovely Asher Keddie is an owner of a magnificent and magnetic personality. She stood at a decent height of 5 feet 5 inches (1.65 m) and maintained her body weight at 60 kg (132 lbs). Her body description reads as 34-25-35 inches which is considered an ideal body structure for any actress. But, on the other hand, she has a slim body and owns a pair of ocean blue eyes and long silky brown hair.

She has a distinct and unique look that sets her apart whenever she attends any event or grace the red carpet. In addition, her fans love her acting skills and adore her dressing sense and personality.

How active is she on her social media?

Asher Keddie also frequently uses her social media platforms. As such, she often and updates her post on her accounts. As a result, she has gathered a total of 75.6K followers while following 346 people on her official Instagram account. Similarly, Keddie occasionally tweets her valuable information on her Twitter account that has collected more than 3K followers. Likewise, she has a Facebook page made in her honor, where the account has gathered in the region of 5620 followers.